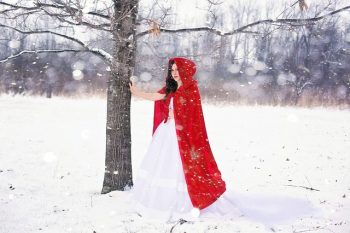 Intertextuality is at the centre of Unit 2 of the Australian Curriculum’s senior Literature course, a unit that is designed for completion in the second half of Year 11.

Usually, people understand intertextuality as direct references that one text makes to another text. Take ‘The Simpsons’ as an example, as it is perhaps the most obvious example of a text that constantly makes these kinds of intertextual references:

But the ‘Content Descriptors’ for Unit 2 Literature provide a sense of four key ways in which the Australian Curriculum defines intertextuality, some of which expand on this traditional understanding of what intertextual references are.

1) How aspects of literary texts have been appropriated into popular culture, for example through the use of iconic literary situations, symbols or characters.

YouTuber Rich Juzwiak, who is also known as richfofo, put together a massive supercut of all of the times he could find a direct reference to the famous quote from ‘The Wizard of Oz’, “Toto, I’ve a feeling we’re not in Kansas anymore.”

As the supercut shows, this quote has clearly been appropriated into popular culture – it is used in all kinds of different texts, each using it for a similar meaning despite the completely contrasting settings in which the quote is said in each text. ‘The Wizard of Oz’ is actually a great example of a text that has been appropriated in a few ways – the Yellow Brick Road as a setting or symbol, Dorothy’s ruby red slippers as a costume or symbol, and “We’re not in Kansas anymore” as a quote. Each of these aspects of the film has a certain traditional meaning behind it, allowing other texts to utilise its symbolism when they reference it.

Another text that is often appropriated in this way is ‘Alice in Wonderland’:

Indeed, there is a whole Wikipedia page on texts based on Alice in Wonderland, including a lengthy section on Popular Music that has referenced or been inspired by the novels.

2) The ways in which texts resemble and refer to other texts through parody, imitation, appropriation and transformation.

Parodies are so often at the heart of our understanding of intertextuality. As an example, here is Cracked’s Trailer for Every Oscar-Winning Movie Ever:

This trailer clearly parodies the tropes that trailers so often include within them. If you are unfamiliar with the idea of ‘trope’, you can head to TV Tropes for a definition and hundreds of examples.

Other texts pay homage to previous texts in a similar way to The Simpsons as noted above, but more as a form of imitation or appropriation rather than as parody:

3) The ways in which adaptations of earlier texts allow new insights into the original.

While it isn’t surprising that adaptations are considered to be texts that utilise intertextuality, the content descriptor here is quite specific in saying that students must consider how adaptations “allow new insights into the original.” Thus, this concept is most important to the study of intertextuality in Australia, and when you are considering new versions of texts – perhaps the transferal of a book into a film, or a modern staging of a Shakespearean classic – it is imperative that you consider the new version’s influence on your appreciation of or understanding of the original text.
While not strictly covering this deliberately, one of the best examples of a video essay on a constantly-adapted text is Nerdwriter’s consideration of the development of Gotham City in various incarnations of Batman:

4) The relationship between conventions of genre, audience expectations and interpretations of texts.

Finally, the idea that audiences have expectations as to what will happen in a text also comes under the banner of intertextuality in the curriculum.

This concept stems from the idea that once audiences are exposed to texts within a certain genre, they will come to have expectations about what texts within the genre are expected to contain. For example, in a romantic comedy, the audience expects a “meet-cute” towards the beginning and they also expect the two protagonists to get together at the end of the film.

These expectations are often enhanced by the incredible similarity between a number of the stories that we engage with. Take TED-ed’s explanation of The Hero’s Journey as an example:

What is important for students to consider is whether or not a text meets audience expectations or if instead it might challenge audience expectations, and then think about what impact this has on the audience’s interpretation of the text. As an example, ‘Alien’ is regarded to be a film that challenges audience expectations because while it follows the conventions of a range of genres, it was a film that broke with convention by having a female as the great action hero. As noted by Peter Howell, “before Alien, big showdowns were always about the last man standing, not the last woman.” The question for students studying intertextuality is what impact this challenging of expectations has on an audience’s interpretation of the film.

To help you ensure you are confident with your understanding of the above, you can download and complete the Intertextuality Introduction PowerPoint.